John A. Jeffres, Director of Bands 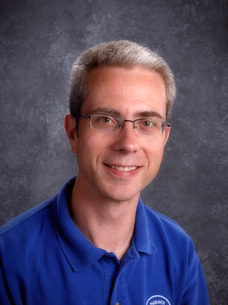 Mr. Jeffres is starting his 28th year at Dodgen Middle School, where he became Director of Bands in 2013.  During his time at Dodgen, the band has received numerous accolades and awards, and played for audiences from around the globe.  In addition to receiving consistent superior ratings at GMEA Band Evaluations, the band regularly places students in the Georgia All-State Band.   In 2008, the band was recognized with Commended Honors by the Mark of Excellence National Wind Band Honors, the only group in the state of Georgia to receive this distinction.  The band has played in such diverse venues as the Georgia Aquarium, State Capitol, and the Waterside Stage at Disney World in Orlando.

Mr. Jeffres has been instrumental in expanding the Morning Ensemble Program at Dodgen, a diverse collection of small volunteer ensembles that rehearse once per week before school, offering enrichment to all band students that choose to participate.  Since music for these types of groups is scarce, Mr. Jeffres arranges or composes much of the music that his groups perform.  These groups play for the annual GMEA Solo and Ensemble evaluation, where they have consistently received superior ratings.  They also serve as musical ambassadors for the school, having played in places such as the Georgia Governor’s Mansion, Georgia Aquarium, The Avenue East Cobb, East Cobb Park,  the Marietta Square, and area elementary schools.

Mr. Jeffres received his Bachelor of Arts degree with Highest Honors from Emory University, with a double major in music and psychology.  While there, he was the winner of the University Concerto Competition, and served as Treasurer and Vice President of Mu Phi Epsilon, a co-ed music fraternity.  He earned his Master of Music degree from Northwestern University with a double major in Music Education and Saxophone Performance.  His saxophone quartet was named winner of the Northwestern University Chamber Music Competition.  His principal saxophone teachers include Frederick L. Hemke, Jonathan Helton, and Leo Saguiguit.

In 2010, Mr. Jeffres received his Education Specialist degree from Lesley University in technology in instruction.  He strives to use technological tools to enhance his instructional techniques, as well as improve communication with parents and students.

Mr. Jeffres maintains an active performing and teaching career on the saxophone.  He was the Saxophone Instructor at Emory University from 1996 to 2006.  He is a charter member of the Cobb Wind Symphony, participating in performances at the Midwest Band and Orchestra Clinic in Chicago in 2003, 2011 and 2019, as well as many other invitational performances.  Mr. Jeffres holds the lead alto and clarinet chair in Still Swinging, a big band that specializes in music from the swing era.  He often performs in the Atlanta area in both jazz and classical styles, and has a long history of placing private saxophone students in the Georgia All-State Band and All-State Jazz Band.

Mr. Jeffres is a member of the National Association for Music Education, the Georgia Music Educators’ Association, where he served as Organizer of the GMEA District XII Middle School Honor Band from 2009-2013, and the Jazz Educators Network.  He lives in East Cobb with his wife and two children, who ALL play the saxophone!